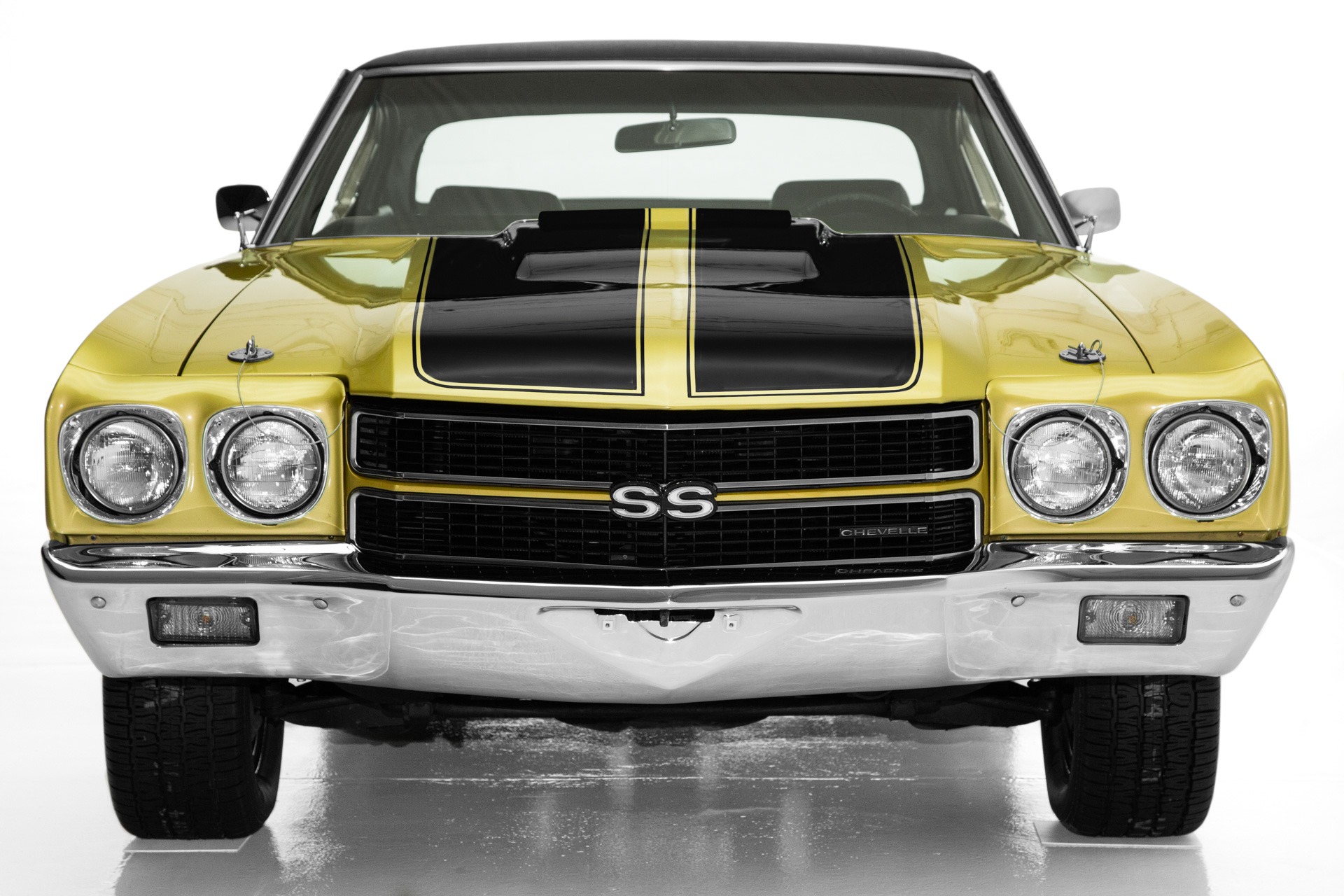 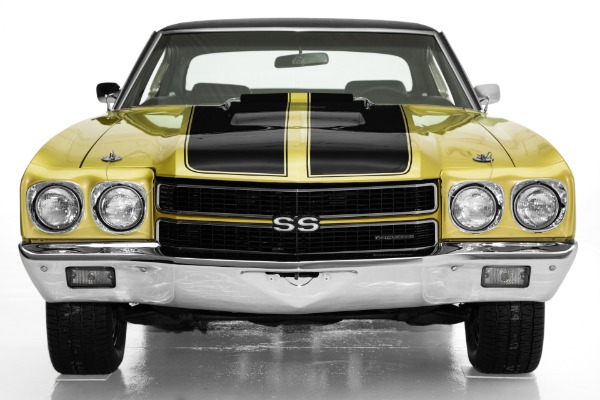 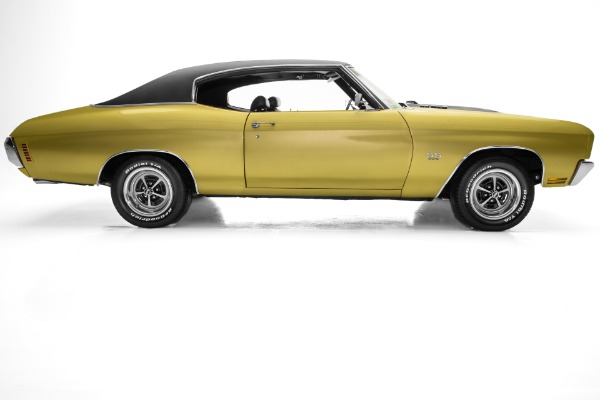 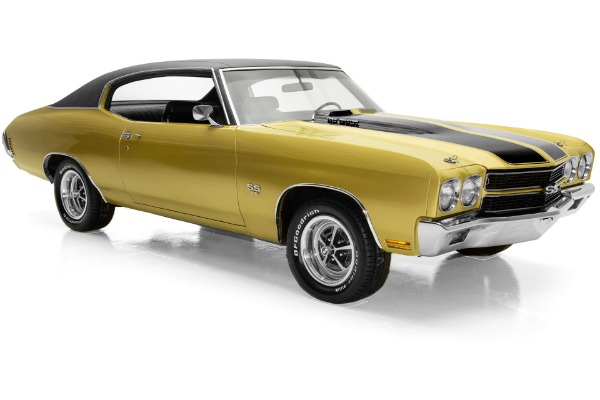 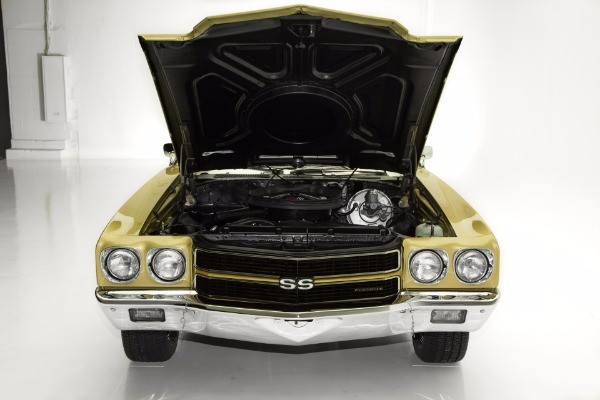 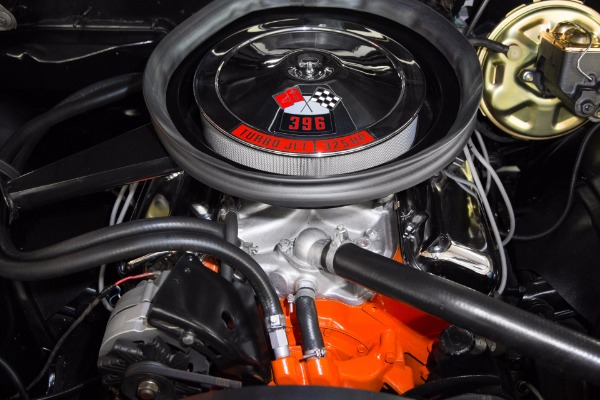 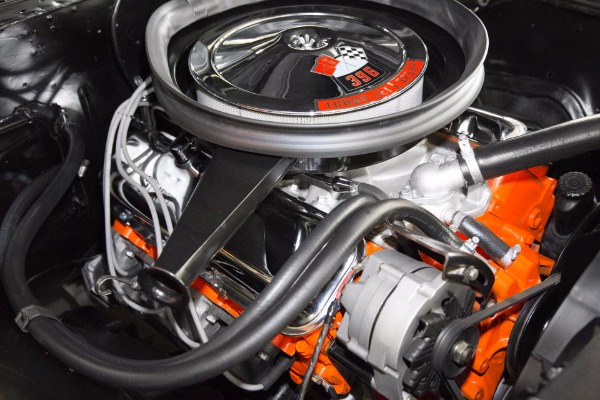 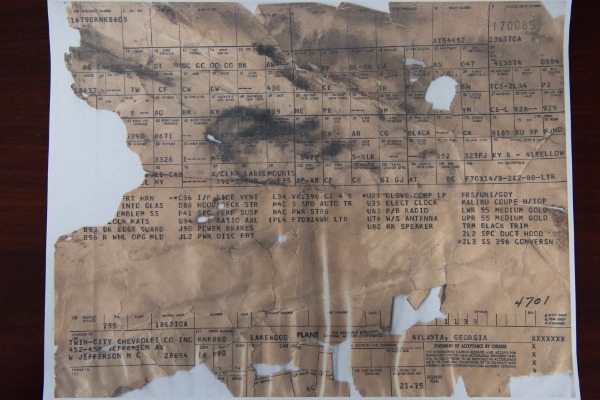 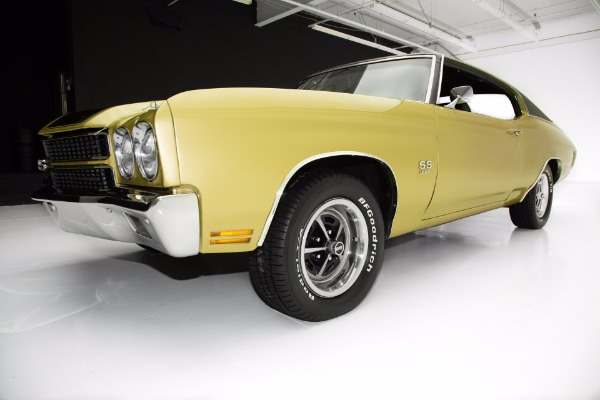 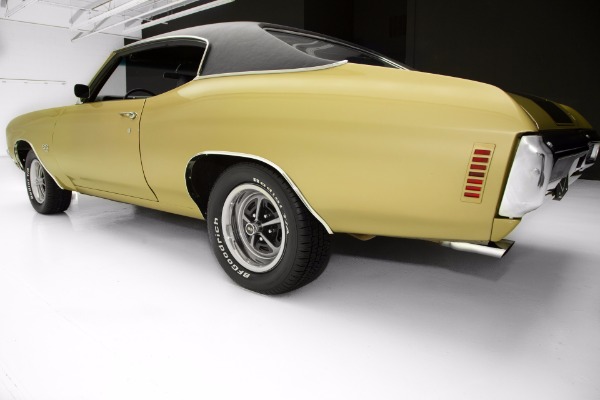 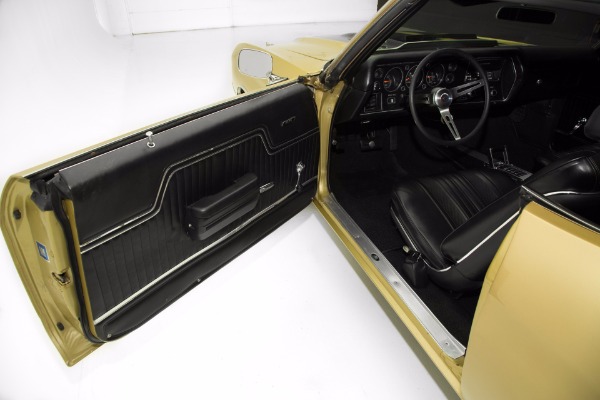 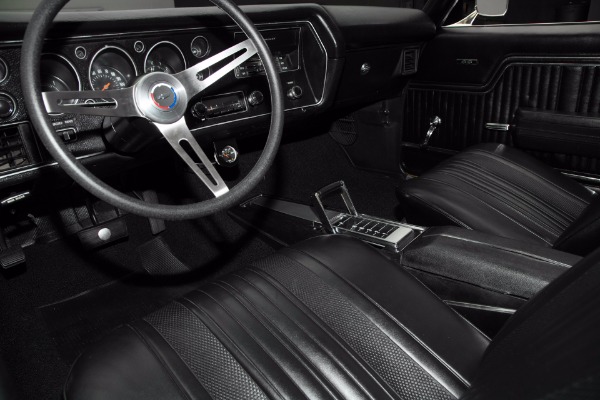 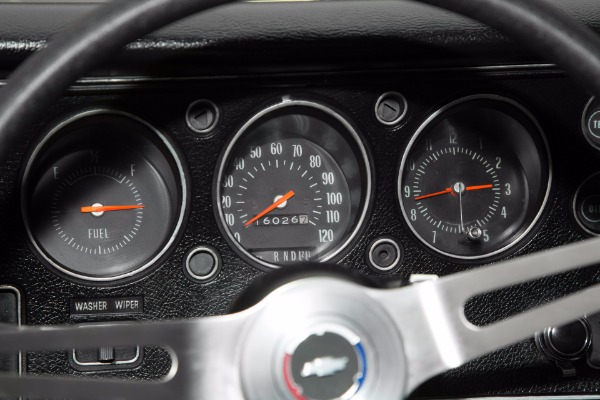 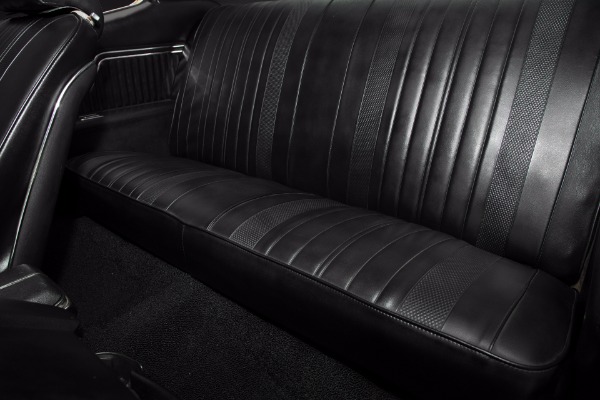 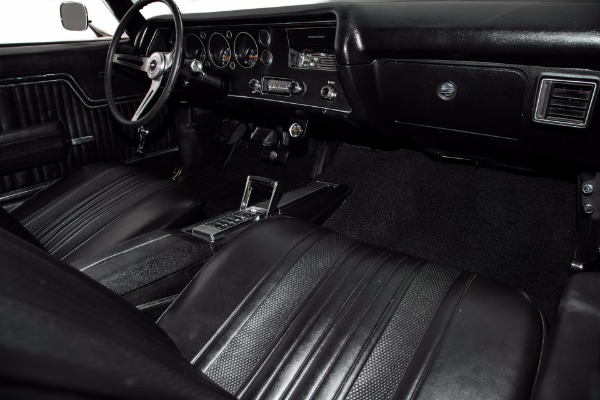 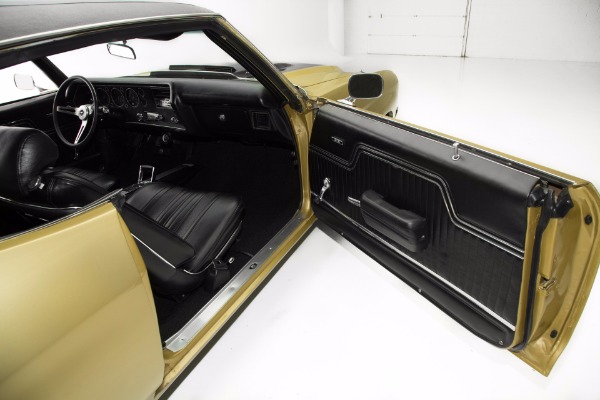 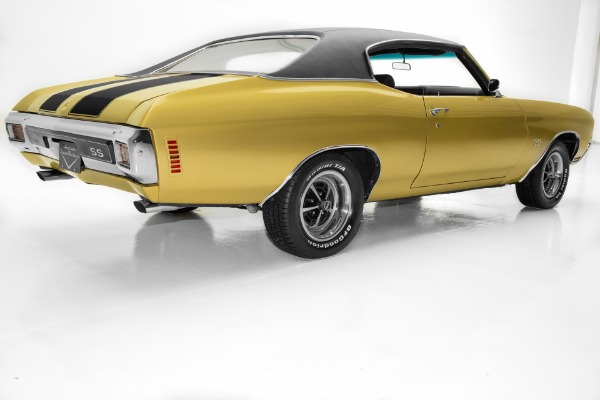 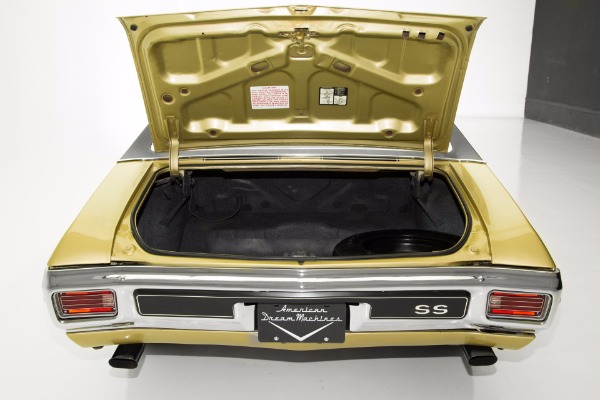 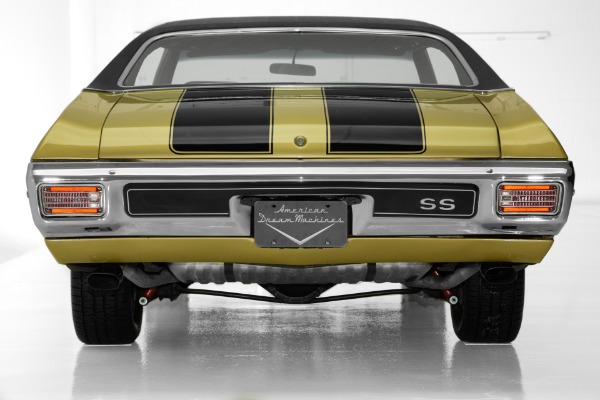 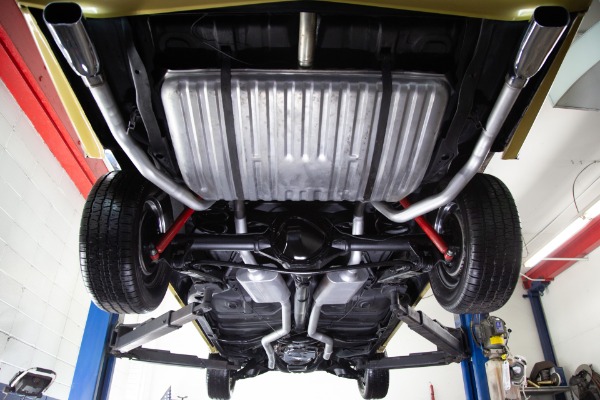 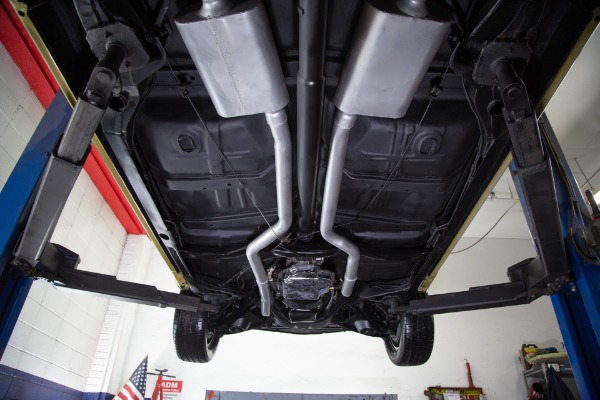 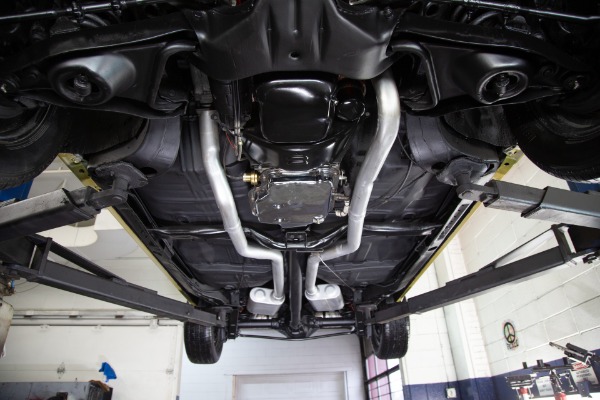 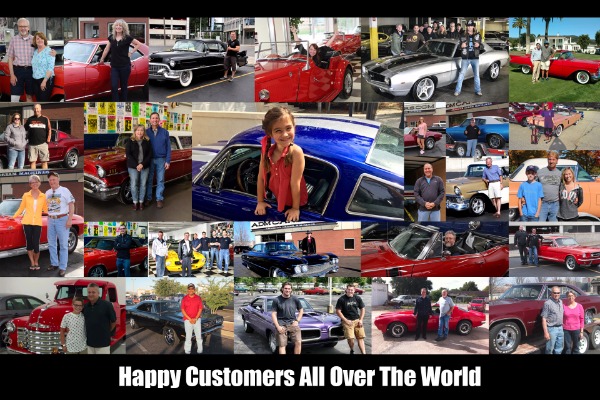 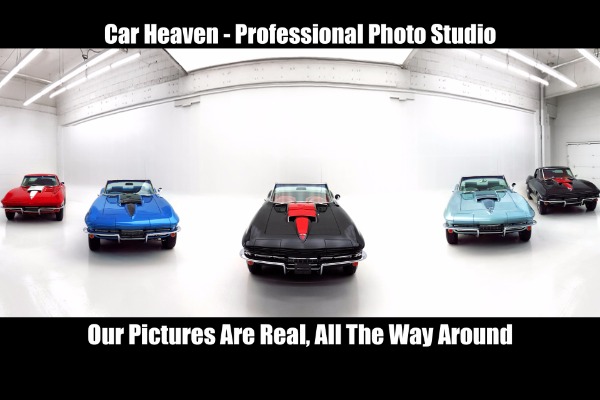 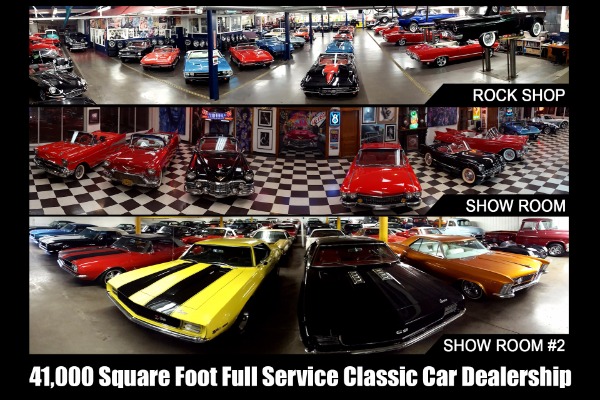 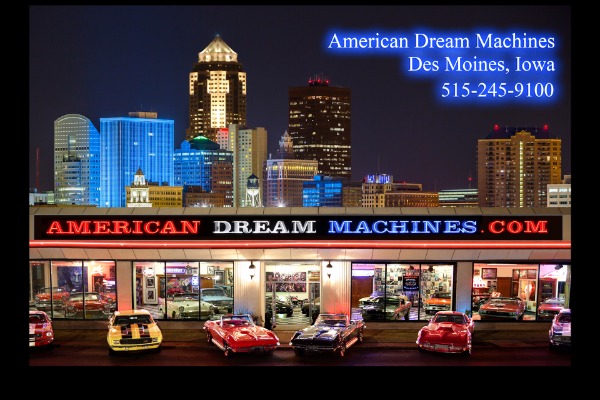 Wikipedia Information
"The Chevrolet Chevelle is a mid-sized automobile which was produced by Chevrolet in three generations for the 1964 through 1977 model years. Part of the General Motors (GM) A-Body platform, the Chevelle was one of Chevrolet's most successful nameplates. Body styles include coupes, sedans, convertibles and station wagons. Super Sport versions were produced through the 1973 model year, and Lagunas from 1973 through 1976. After a four-year absence, the El Camino was reintroduced as part of the new Chevelle lineup in 1964. The Chevelle also provided the platform for the Monte Carlo introduced in 1970. The Malibu, the top of the line model through 1972, completely replaced the Chevelle nameplate for the redesigned, downsized 1978 model year."
"In 1970, sheetmetal revisions gave the bodies a more squared-up stance following the coke bottle styling, and interiors were also redesigned. The 1970 Chevelle shared many sheet metal body parts with the 1970 Buick Skylark GSX, both are GM automobiles and have interchangeable sheet metal. They are also the only two muscle cars to share the same roofline. The 1970 Chevelle came in Sport Coupe, Sport Sedan, convertible, four-door sedan, a couple of wagons, and coupe utility (the El Camino) body styles. Only three of these (Malibu sport coupe, Malibu convertible and El Camino pickup) were available with a choice of one of 2 SS options; RPO Z25 with the SS 396 (402 cid) engine and RPO Z15 with the new 454 cid engine. The base model was now simply called Chevelle in lieu of the former base 300 Deluxe, and was only available as a Sport Coupe or four-door sedan. In Canada, the base series retained its 300 Deluxe name, with appropriate badging on each front fender just behind the front wheel well. The 300 Deluxe 2-door sedan was cancelled and replaced by the base Chevelle Sport Coupe, a 2 door pillarless hardtop. The hardtop, convertible, and sedan received the upgraded sheetmetal but the station wagons and El Camino retained the previous year sheetmetal panels (which went on for the next 2 model years). Station wagons were the entry level Nomad, the Chevelle level Greenbrier, the Malibu level Concours and an upscale Concours Estate. New options included power door locks and a stalk-mounted wiper control. Production was expanded to the GM Arlington Assembly plant in Arlington, Texas (where the Chevelle was assembled with its corporate siblings in this case the Oldsmobile Cutlass).
Engine choices ranged from the standard 155 horsepower (116 kW) six-cylinder and 200-horsepower 307-cubic-inch V8, to a pair of 350 V8s and a pair of 402 engines. RPO Z25 SS equipment option included one of these 402 cid engines but was still marketed as a 396. The second 402 cid engine was available under RPO, rated at 330 hp with single exhaust, and was available in any V8 series except an SS optioned Malibu or El Camino. 1970 also saw the introduction of the 454 cid engine and was only available with the RPO Z15 SS Equipment option. The base 454 cu in (7.4 L) engine was rated at 360 bhp (365 PS; 268 kW), which was also available with cowl induction; and the optional LS6 version equipped with a single 4-barrel 800 CFM Holley carburetor produced 450 bhp (456 PS; 336 kW) at 5600 rpm and 500 lb⋅ft (678 N⋅m) at 3600 rpm of torque. There were 4,475 LS6 Chevelles produced."

American Dream Machines
At American Dream Machines, we typically have over 100 quality classic cars and trucks in stock and for sale. We have everything from Camaros, Mustangs, Corvettes, Roadrunners, Chevelles, Bel Airs, Blazers and exotic sports cars. Our classics and muscle cars range from the 1950s to the 1970s. Our inventory is diverse and continuously changing and always growing! Our #1 Goal is to make you, our customer happy with the American classic and muscle cars we offer. We highly recommend that ALL CUSTOMERS call our knowledgeable, experienced staff and with Midwest values and have very detailed discussions regarding overall condition of any of our classics that you are considering getting in the drivers seat of. Our phone number is (515)-245-9100 and we are centrally located in the heartland of America, in Des Moines Iowa.  American Dream Machines occupies the historic 41,000 square foot Packard Dealership. We are one of the largest full service classic car dealerships in the Midwest. We have over 10 active Mechanic hoists, a body shop and detail bays that are used by our technicians to inspect, repair, upgrade and detail our cars so that they are ready to be delivered to your driveway. Please give us a call and we will be happy to help get your dream car to almost any location worldwide! ALL OF OUR PICTURES AND VIDEOS ARE REAL, ALL THE WAY AROUND! We photograph our cars in our professional photo studio for the best possible image accuracy and representation of the cars. We do this because of our commitment to the authenticity and quality of the cars that we sell and the commitment to our customers.
%
months 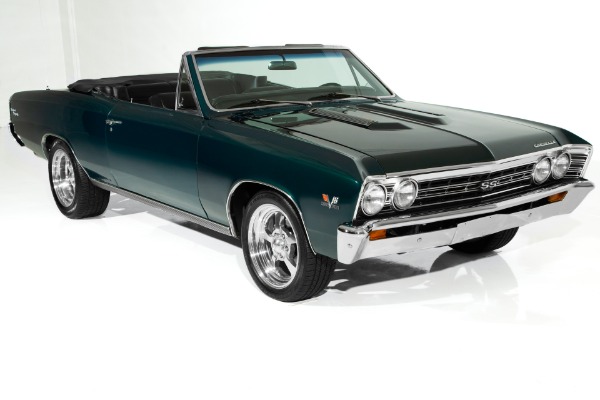 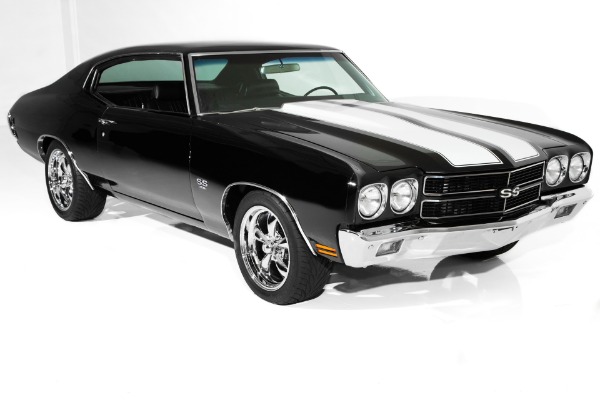 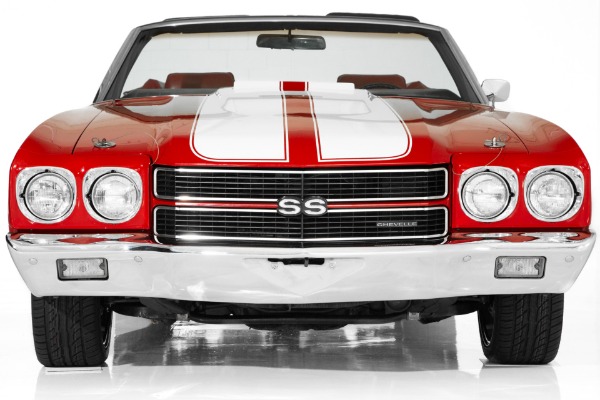 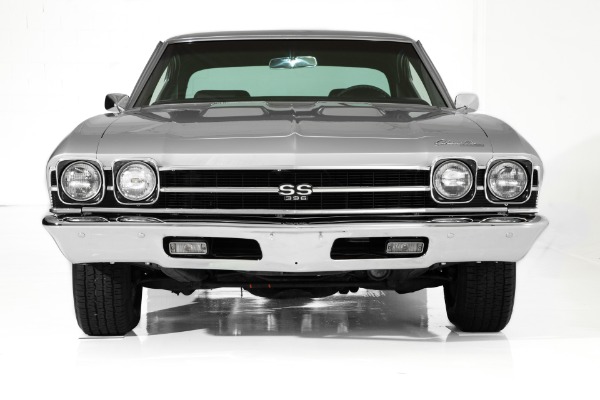