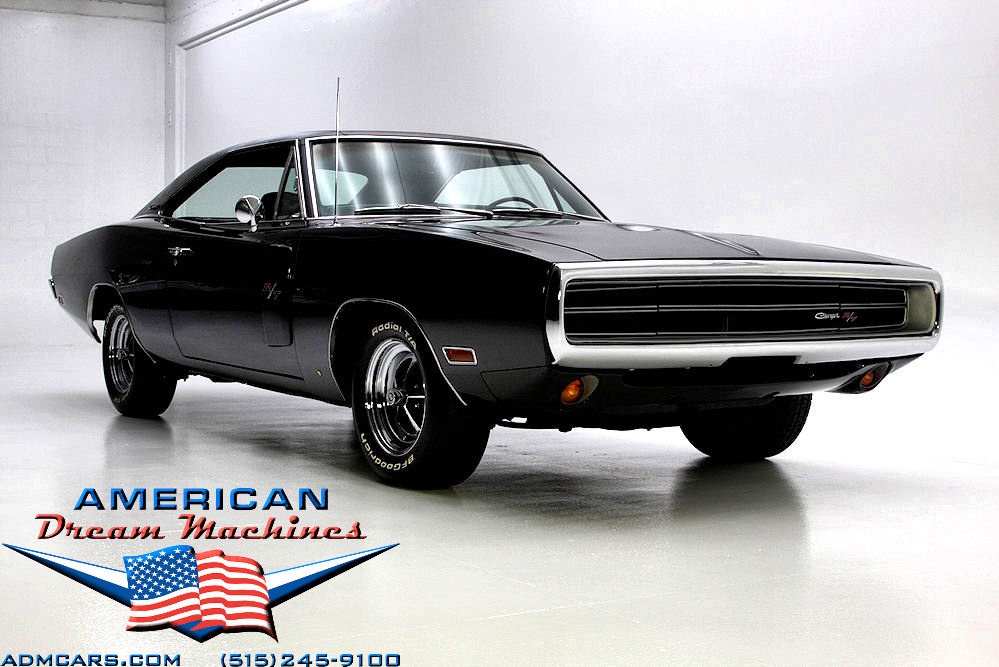 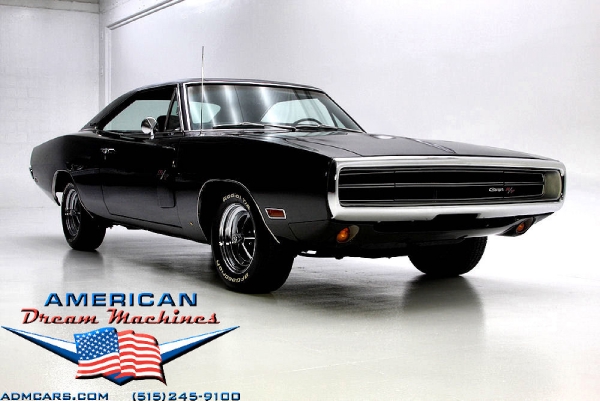 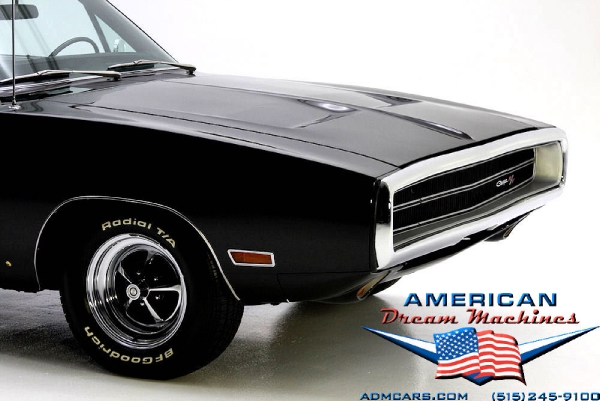 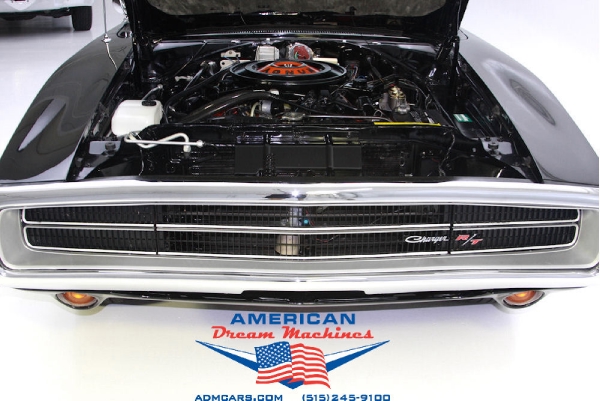 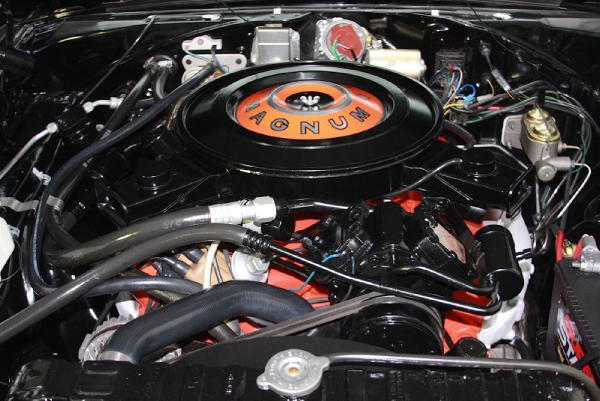 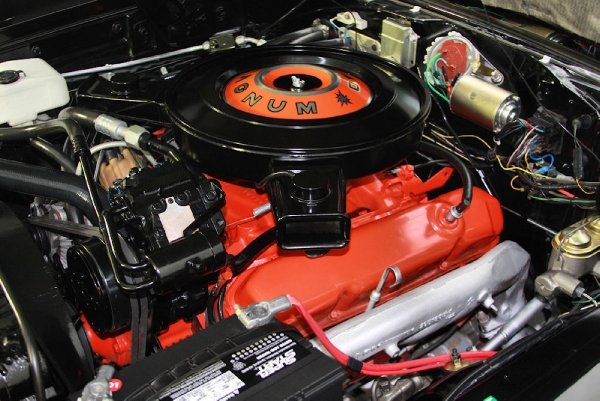 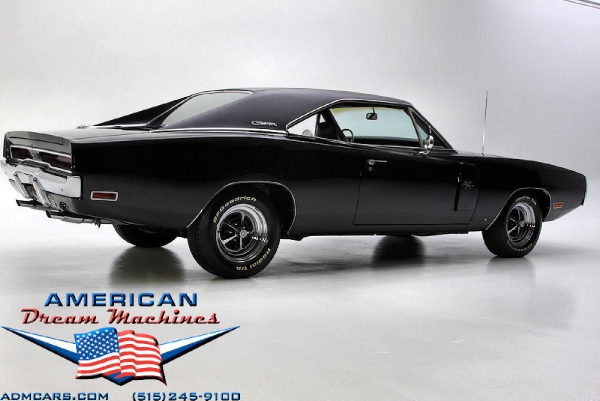 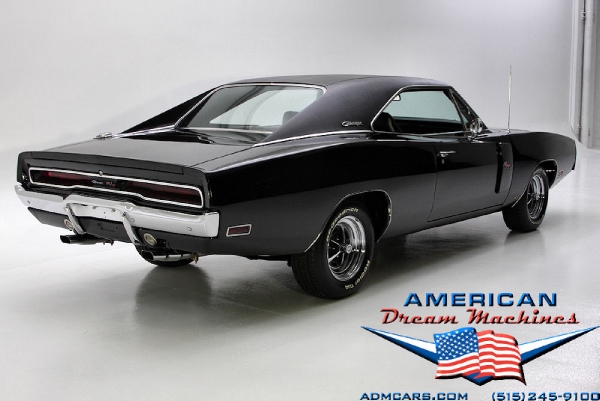 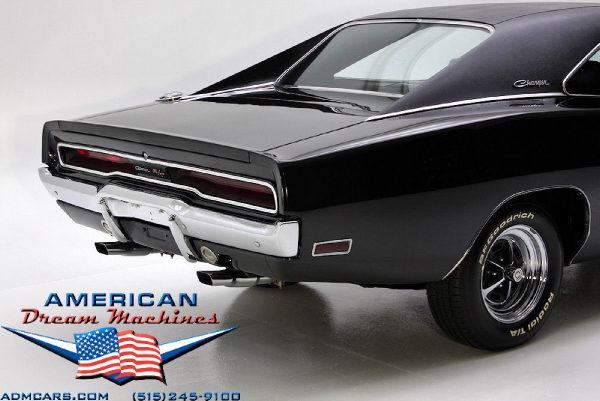 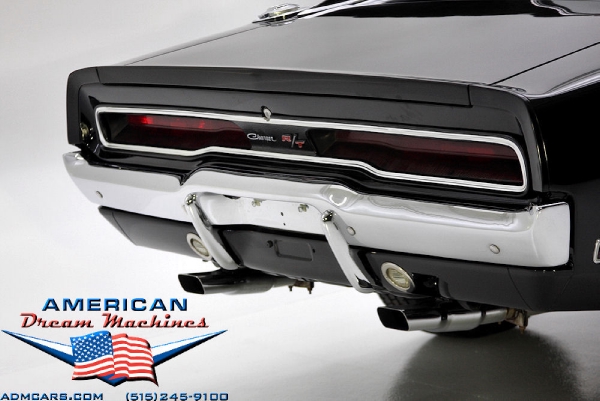 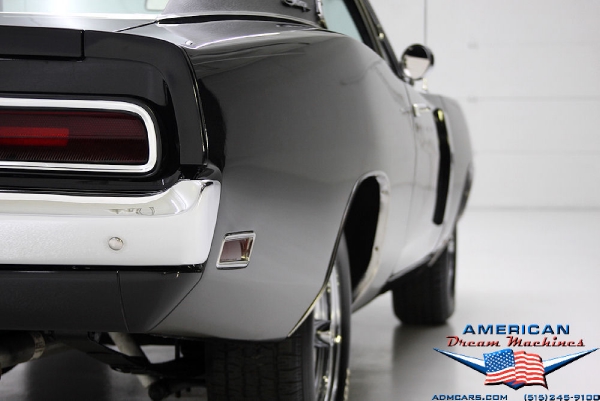 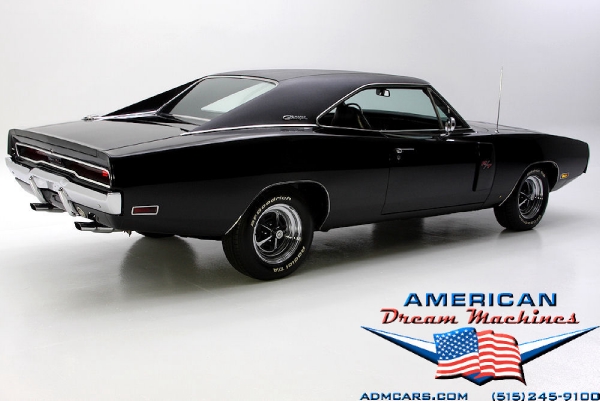 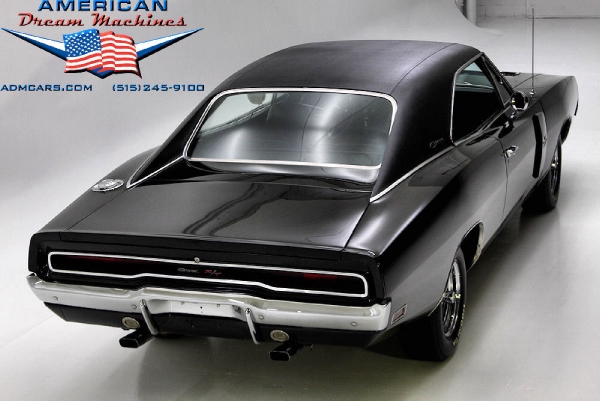 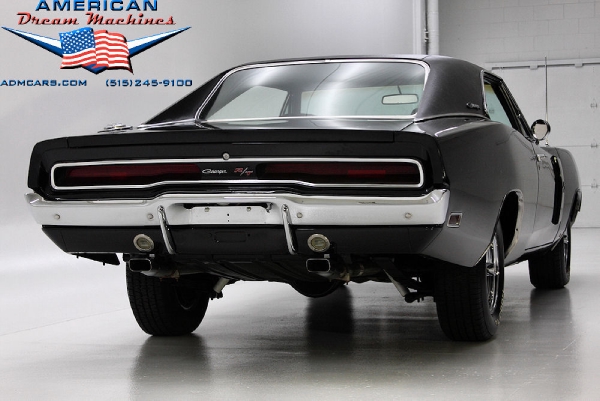 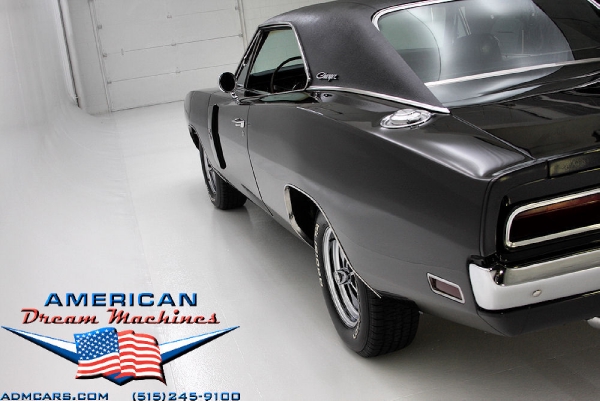 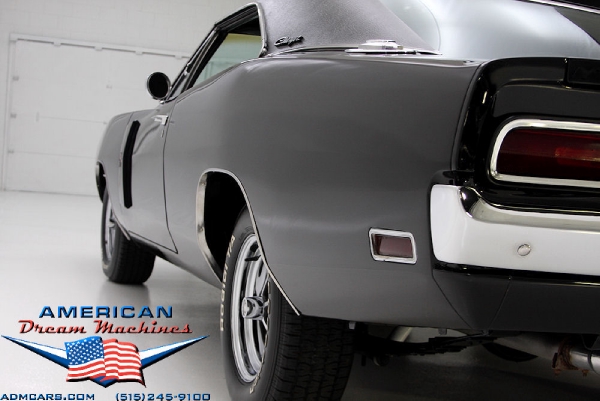 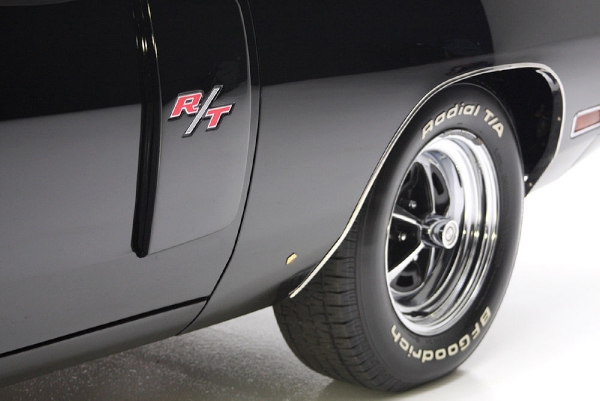 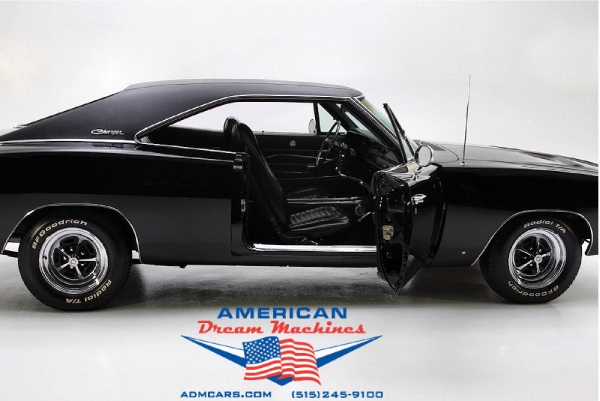 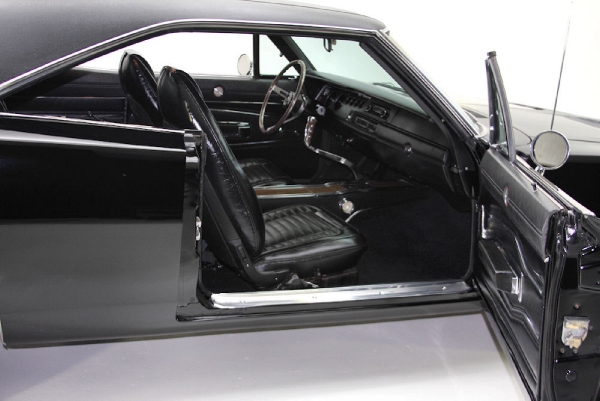 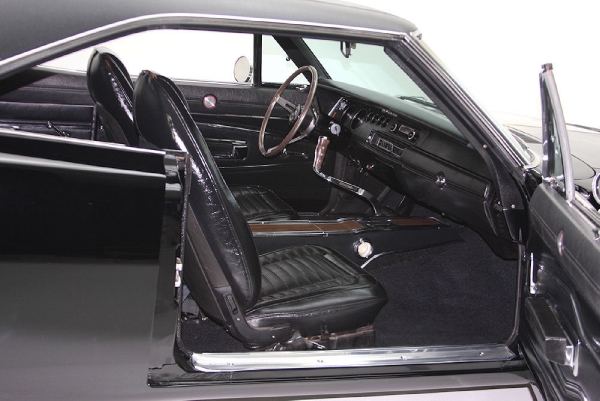 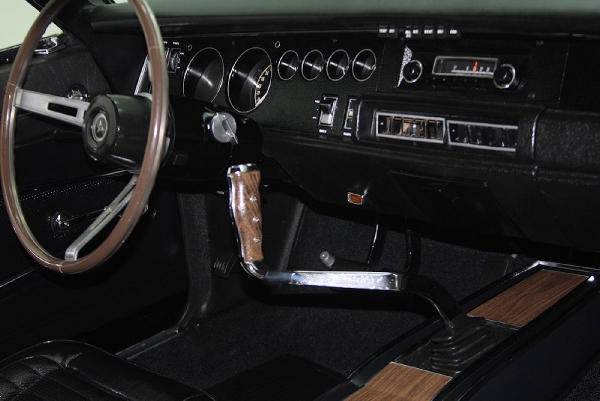 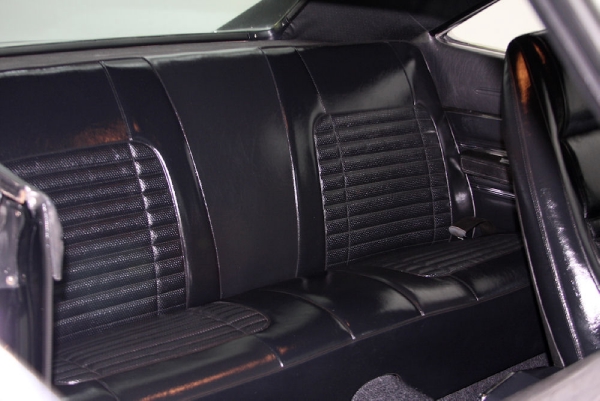 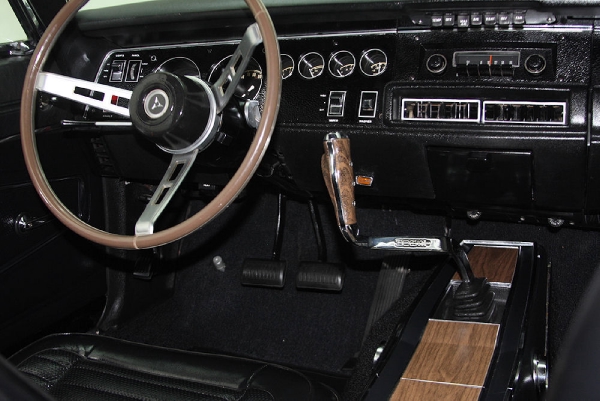 1970 CHARGER 500
BLACK WITH A 440, 4 SPEED, SHOW WINNER!! EXTENSIVE RESTORATION, AIR CONDITIONING, AZ CAR, WITH BUILD SHEET AND FENDER TAG. We were lucky enough to have owned this gorgeous black Charger twice Original triple black 4 speed 1970 Dodge Charger with a 440, AC and a solid and intact Arizona Body!! This Jet Black laser straight 1970 Charger 500 is was born triple black car and lived most of it's life in rust-free Arizona. Original bumpers re-chromed by Northstar. It was optioned originally with a 383 big block, 4 speed and Air Conditioning! The Charger was upgraded to a 1971 440 built by Ron Balk. This is an Arizona car which was off the road and sitting in a garage until 1979 with 91000 miles. It was meticulous restored by the previous owner?s brother in 2005. The original 4 speed transmission was rebuilt. New carburetor added, also new springs and shocks. Other newer, tires, brakes, steering box, and PST suspension. The interior is like a new car with new Legendary seats, new door panels, new carpet, new headliner, refurbished console, new AC chrome push buttons. The dash pad is in excellent condition. A 3 speed wiper motor was restored by Jules the Wiperman. The air conditioning was cosmetically restored and may need serviced and recharged. R/T door side scoops were added and complete the RT look. The body and paint work done by Larry Lembke and is show car quality. It won 1st place trophies at the Mopars on the Mississippi Show each year it was entered. Fender tag and build sheet included. This is an excellent running and driving car which will show beautifully and confidently driven. What sets this car apart is it being an original rust free big block Charger with the bonus of a numbers matching drive train, fender tag, build sheet and proudly were a beautiful triple black rolling on chrome Magum rims
%
months